Airport Transfer Belgrade :: Passenger transportation from and to Belgrade 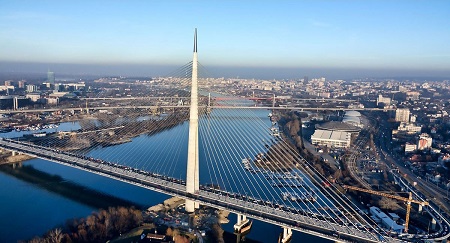 Belgrade is the Serbian capital with about 1 600 000 residents. It is the biggest city on the territory of former Yugoslavia, and the fourth largest city in Southeastern Europe by population, after Istanbul, Athens and Bucharest. Belgrade lies on the confluence of the Sava and Danube rivers in central Serbia. The city of Belgrade is the most developed part of Serbia. After the Second World War, Belgrade started to develop as Yugoslavia’s capital and quickly became a great and significant industrial center. In 1951, the building of Novi Beograd (New Belgrade) began, on the other side of the Sava River, which had previously been a swamp.


There are many cultural events in Belgrade, the most famous of which are FEST (a film festival), BITEF (an international theater festival), BELEF (Belgrade summer festival), BEMUS (a music festival), the Belgrade book fair, beer festival...


In recent years, there has been a great increase of foreign tourists in Belgrade, and the city’s greatest tourist attractions include the old town Skadarlija, the National Museum, Zemun, the Nikola Pašić Square, the Residence of Prince Miloš, the Košutnjak picnic area, Kalemegdan, the Knez Mihajlova Street, the Old Palace, Ada Ciganlija and many others. Also, Belgrade is the favorite destinations for young people from all of former Yugoslavia, as they can enjoy the city’s rich nightlife.


Airport-Transfer-Belgrade will get you from any location in the city to the desired location anywhere in the region. Book your transfer on time and get a fixed transport price, as well as professional drivers.